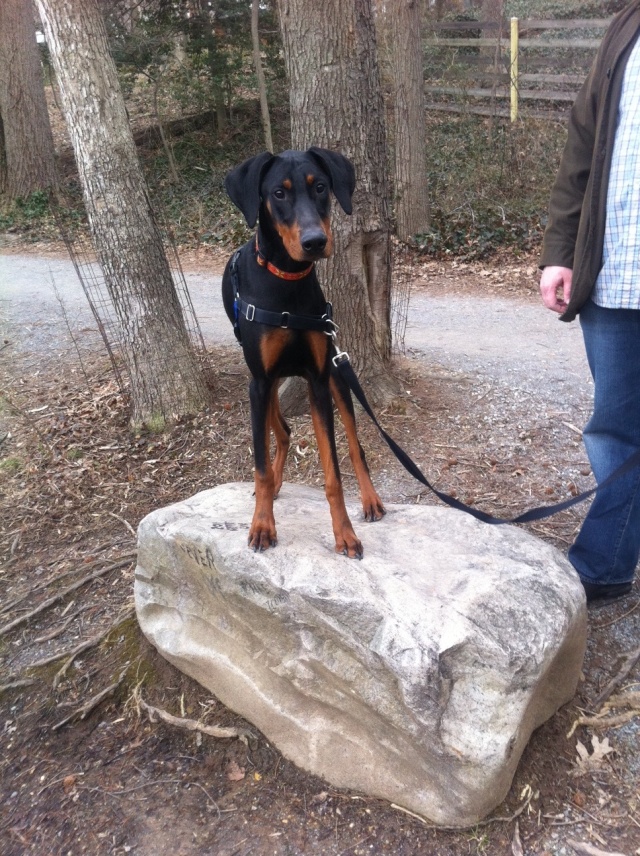 When my husband and I adopted Harvey, a 6-month old Doberman from the Howard County shelter, we had no idea what kind of trouble we were bringing into our household.  We had planned, and studied, and read, and talked about getting a dog for years.  We thought we knew.

After a week it was apparent that we were barely going to make it through raising a huge, un-socialized firecracker of a puppy with our sanity intact.  He re-wrote our lives, our parenting beliefs, and our routines until everything was aligned to his needs and training, and his success.  We broke down, repeatedly, but never failed to pick ourselves up, devise solutions, and carry on with training.  We didn’t give in and we didn’t give up.  It is always rewarding and many times exhausting. 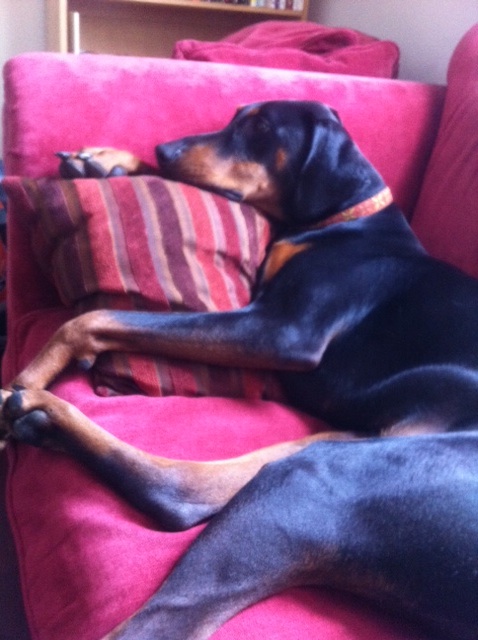 For our efforts, we have an admiring companion and a protector.  We’ve met numerous wonderful dog owners at various dog parks over the past 2 years, and we’ve shown our nearby neighbors its possible to socialize a dog and keep them as a household pet, not just as a neglected backyard prop, which is all too common in our neighborhood.

The neighbor’s kids have gone from laughing at the initial futility of our tactics, to asking copious questions about how to care for a dog.  One day I explained to them that it takes patience and perseverance to train a dog.

“What’s purse and verance?” one asked.

“Exactly”, I answered, knowing basketball was only the first of life’s tribulations in store for him, but happy enough to have made a point. 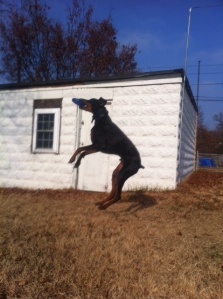 Those same kids have started taking their puppy for walks, which I’d never seen them do before, and they’ve experimented with telling the puppy “No” instead of ignoring it, which is a good start. The way I see it, Harvey has managed to teach us to teach them! 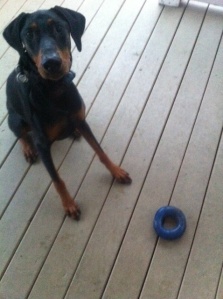 Little did I know life would bring a new and exciting pastime for my family soon enough, with our first foster dog.