Breaking Habits is Hard to Do

Whether eating, exercising, or something else, it’s hard to change the routines we’re used to.  But humans are adaptable.  We can adjust to practically anything, and this is great news when it comes to changing habits.  As I learn more about global climate change, it’s clear that a LOT of us need to change our habits.  I’m working on making changes myself- turning off water while soaping up dishes, bringing reusable bags to the grocery store and mall, refilling my water bottle, bringing reusable containers to restaurants, etc.

But having good intentions doesn’t make it easy.  I remember suggesting to my mom that she reuse produce bags instead of recycle them.  She agreed that it was a good idea, but explained that it was a habit she didn’t want to change.  “It’s just one more thing to have to remember and change about my routine,” she said.  But Mom, I thought, the environment!!!  But I get it – the thought of changing a habit can be overwhelming. 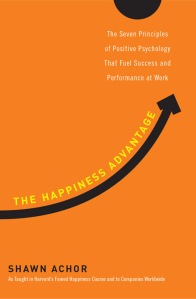 That’s why I was excited to read about activation energy in The Happiness Advantage by Shawn Achors.

To start a new habit, you need to lower the activation energy.  Shawn wanted to start working out in the morning. What did he do?  He lowered the energy it took to get up and ready in the morning by sleeping in his gym clothes.

By the same token, you can raise the activation energy to break a habit.  Shawn wanted to stop watching TV after work, so he put his remote in a drawer several rooms away from the TV.  As a replacement, he put a book by the couch.

Amazingly, this works on the brain.  Once you’re in your gym clothes, your brain actually thinks it’ll be easier to go for a run than change into different clothes!  It’s not logical, but it’s true.

I’m trying to do this more: I collect my produce bags and bulk containers in one spot so I don’t have to find them when I’m ready to shop.  I pack a refillable bottle and food so I don’t have to buy bottled water or unhealthy snacks if I get hungry.  I turn off my computer so I can’t “get on for one second” – and end up spending hours on Pinterest or Facebook.

What habits do you find hardest to break?  How have you lowered or raised activation energy to change a habit?

7 Responses to Breaking Habits is Hard to Do